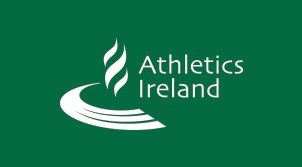 Jack Gilmartin ran in the Under 14 1500m National final and ran an excellent 4.44 to take home 7th place in what was a really competitive race 👏🏻🇮🇪

Katie McCarthy represented the jumpers as she qualified for the Under 14 Long Jump and jumped a best of 4.61m to finish 10th in Ireland 💪🏻🇮🇪

Eimear McGrath qualified for the Under 15 100m national champs and finished 6th in her semi final, another national appearance for Eimear and no doubt more to come 😊🇮🇪

Cillian Gleeson ran in his first National Champs in the final of the 3,000m after winning gold at Leinster; Cillian ran well finishing 8th in a time of 9.37, a strong national debut 🙌🏻🇮🇪

Michaela Turley made her National Debut in the under 17 girls 200m and after landing home from a 2 week holiday just hours earlier, she finished 7th in the semi final on the first of many national appearances to come no doubt 👍🏻🇮🇪

In the race walking, Saoirse Kennedy and Ava Connors finished 7th & 9th in the under 17 3000m while in the boys 3,000m Aidan Bayon took home gold in a time of 15.04 👏🏻👏🏻👏🏻🇮🇪🇮🇪🇮🇪 Rhea Donnelly competed in the under 19 girls 3,000m walks but unfortunately pulled up injured, but no doubt Rhea will be back for more soon 💪🏻

In the National 10 mile in the Phoenix Park, our seniors took on the hills and heat and didn’t disappoint.

Martin Hoare stormed to a brilliant 4th overall in a time of 51.58, just 55 seconds behind winner Mick Clohisey.

Sandra Mc drove on the ladies team and was first club woman home with Claire, Yuliia, Michelle and Cara with strong performances also.

Our world famous Couch To 5k program kicks off in January...