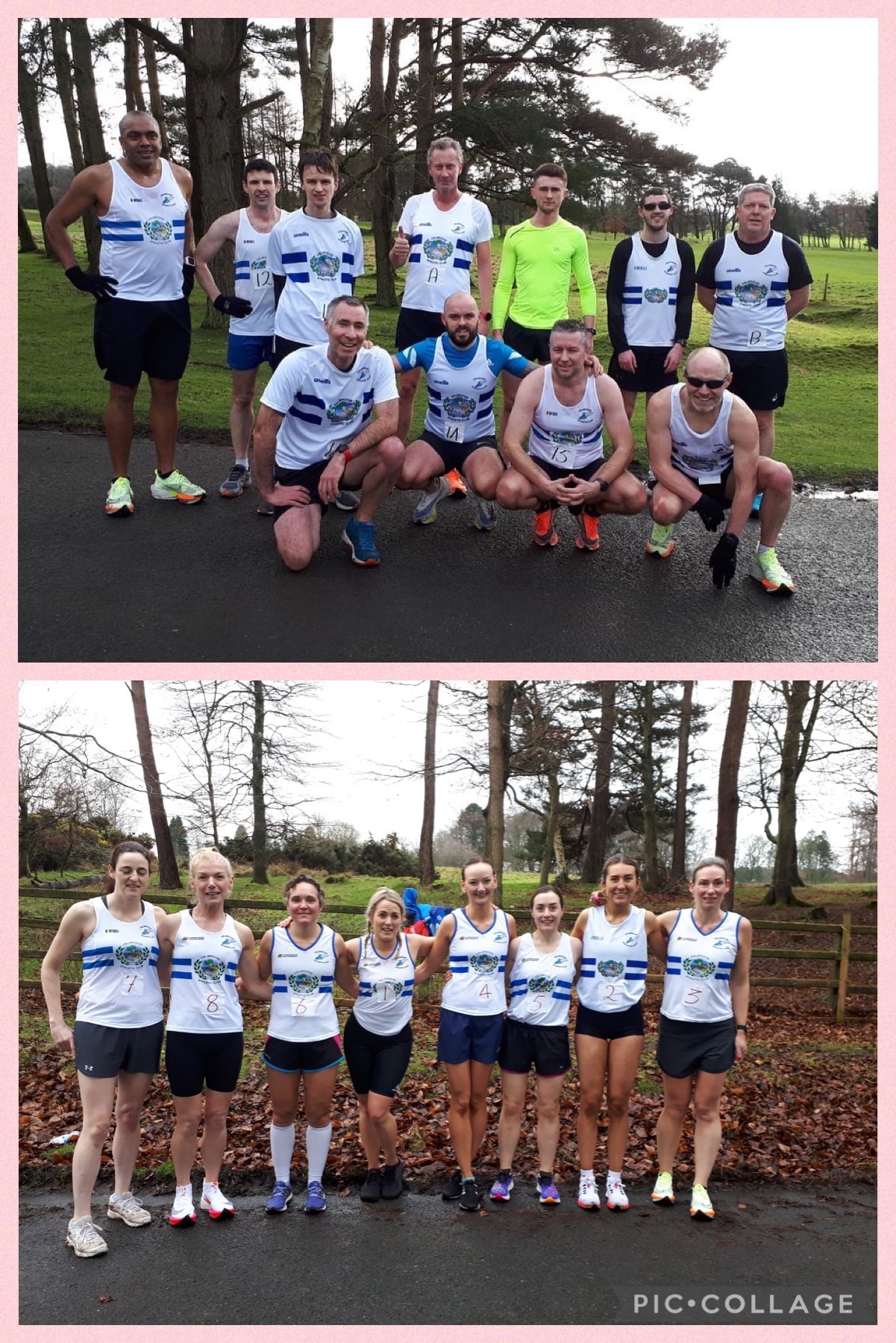 Another successful morning on the triangle of death on the Curragh this morning as both our womens & mens teams were amongst the medals.

The quartet of Linda, Sophia, Aisling & Eileen went out strong and stayed with the leading pack all through to drive the team home.

Eavan, Esther, Claire & Amy all ran very well and attacked the 3km with courage and desire as the ladies ensured the blue and white of Celbridge made the podium.

A group of about 6 lads started off like something you’d see in a 6f race across the field, and our own Derek G was in the thick of it. Derek led by example and led the team home with John R, Michael C and Glen not far behind. The blue and white was well represented as Liam, Gavin, John C, Mauricio, Derek H, Dan & Michael all ran very well to ensure Team Celbridge remain one of the most competitive around 👏🏻👏🏻👏🏻

Well done to everyone who competed this morning 👏🏻👏🏻👏🏻